U.S. THEATRICAL PREMIERE!!! MUSEUM OF MODERN ART, NEW YORK Friday, October 2, 7:00 p.m. Introduction and Discussion with Roddy Bogawa. Saturday, October 3, 7:30 p.m. Sunday, October 4, 2:00 p.m. Monday, October 5, 4:00 p.m. Tuesday, October 6, 7:00 p.m.... Read More
The companion book in many ways to the film, will be published by Kaya Press in Los Angeles this coming fall. What started as a collection of interviews done over the years about all the work turned into a collection... Read More

In celebration of the amazing Victoria and Albert Museum show in London of the Pink Floyd, this summer there will be $5 off the regular price of the DVD of TAKEN BY STORM: THE ART OF STORM THORGERSON AND HIPGNOSIS. When checking out, simply enter in “summer blow out!!!” into the coupon code for your discount. As Storm would say “Are you f*ckin’ mad Roddy?” Cheers and happy holidays!

For the entire month of December, DVDs, posters, and the last of the print editions will be on sale for 25% purchase price. Great presents and stocking stuffers for that rock and roll animal you know and love! Enter coupon code: “winterstorm” for discount. Happy holidays!

p.s. If you’d like the DVD or poster signed, let me know when you place the order and happy to inscribe to you or yours. Cheers, Roddy

The print edition of the unique image that Storm created for my book IF FILMS COULD SMELL is now sold out of the numbered edition of 50. There are a handful of “artist proof” prints left that will be unnumbered but will be stamped with Storm’s eyeball logo and signed and dated. Get yours before they are all gone!!!! 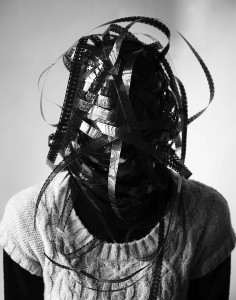 For anyone in London, the film will be screening from the cool Doc ‘N Roll group once again this time at the Art House in Crouch End. Info and tickets here: http://www.docnrollfestival.com/films/taken-by-storm-the-art-of-storm-thorgerson-and-hipgnosis/

Rupert Truman from StormStudios will be there for a Q and A telling stories from his decades of adventures with Storm and I’m sure if you brought some LPs, he’d be happy to sign ’em!!! Cheers!!!

The film got an excellent review from the screening the other week in London at the Ritzy Theater screening!!!  (small erroneous mention of Syd Barrett being interviewed in the film – that’s the next one – but other than that, excellent!). Read the review at Gigwise here.

Happy to announce the first screening in the Washington DC area on  April 15th at the AFI Silver Theater and Cultural Center.  I’ll be at the screening to intro the film and lead the Q and A. Tickets and info here. Rock and Roll!!!

Happy to announce a 2nd UK theatrical screening in Brixton on April 28th as part of the Sounds of London Series organized by the Doc ‘N Roll people (love these guys). StormStudios photographer, Rupert Truman, will be there as well as producer Orian Williams to intro the film and lead the Q and A. Tickets and info here. Cheers!!!

Over the years, I spent making the film and then spending time as friends together, I had many conversations with Storm about numbers, games, word plays, symbols, ufos, aliens, art, psychic occurrences, cinema, travel, and food besides rock and roll and design, of course, and i found that many of these interests indeed had found their way subtlely into his LP designs with deep meaning for himself and the obsessive fan (for instance – PF’s WISH YOU WERE HERE sleeve with the four different elements of fire, water, earth and air as they relate to the four PF members, etc. wow!).

Our talks were always fascinating and as the Facebook page for the film hit 3500 fans, I’ve thought about this number and what kind of game Storm might have come up with…so as it’s Valentine’s Day, I’ve created a gift discount for you and yours for the digital VOD of the film and special features called the 3-5-0-0 discount. The film and extras will stream now for $3.50 while the deluxe will be available for $7.00 ($3.50 x 2). Today’s date, is 2/14 (2 + 1 + 4 = 7) and I will keep this discount active until 3/5 (March 5!). By the by, I went online to a numerology calculator and my name and birthdate add up to a 7!!!

So…share this post or gift the film to someone you think would like to see the it. Just go to takenbystorm.vhx.tv and when you begin to order the film, enter either the code FILMGIFT, FEATURESGIFT, or DELUXEGIFT in the coupon button and you’ll get the discounted price.

Hello to everyone and hope you had great holidays and New Years! The 12 x 12 x 12 days of contests and posts that StormStudios and I did on Facebook before X-mas was really fun and hoping that the fans enjoyed my writing about 12 of Storm’s designs. It was incredible as the post for The Cranberries WAKE UP AND SMELL THE COFFEE somehow went viral and reached hundreds of thousands of fans (it amounted to a small spike in sales but not what one might hope – alas, the smoke and mirrors of the internet, eh?) So…a few more things in the works along these lines – maybe selected scenes getting posted, discounts for different bands’ fans, more giveaways, etc. – will announce soon. Also some screenings and events getting planned in the next few months. The film has yet to screen on the west coast here in the U.S. so sorting some dates and venues as we speak. As I’m self distributing the film, please send info to friends and people you think might be interested or post on sites you know. Much appreciated and all the best in 2016. Cheers and thanks, Roddy 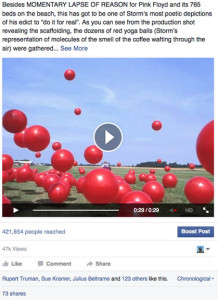 FILM NOW UP FOR STREAMING – TAKENBYSTORM.VHX.TV

It’s hard to believe but as of now – 12am on december 12 – the film is on the web available for streaming from www.takenbystorm.vhx.tv. Please share the link and spread the word. There is also over 40 minutes of bonus material which is entirely different from the special features on the DVD so you can also just stream the DIGITAL SPECIAL FEATURES to check that out if you’ve already purchased the DVD. On both the StormStudios Facebook page and the Taken By Storm page, over the next 12 days, StormStudios and I are holding a giveaway and contest every day for fine art prints, books, signed DVDs and more and I will be posting clips of 12 designs of Storm’s that I hold dearly. “It’s a numbers game” as Storm would say…Here’s one to you my friend. 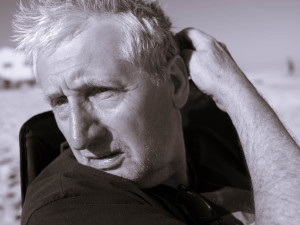 Really…really…happy…the DVDs showed up Tuesday and look really amazing. The print quality and everything turned out amazing. Two big shipments have gone out and the remainder will ship in the next few days. Whew….

If you haven’t gotten a copy of the film yet, I have partnered with StormStudios for a Black Friday thru Cyber Monday sale bundled with the last book that Storm designed about the decades of his imagery – THE GATHERING STORM – published through Insight Editions in San Francisco. Other great deals bundled with prints of TRANSMISSIONS (one of my personal favorite images of Storm’s for Gentlemen Without Weapons) and prints of roughs are available here.

Matt Johns from Brain Damage UK has also just written a great review of the DVD on his site here. Thanks Matt. Cheers!!!

and…got a nice writeup on another Floyd site – A Fleeting Glimpse here.

DVD IN PRODUCTION…POSTERS AND PRINTS HAVE ARRIVED!!!

For everyone that has pre-ordered the DVD digipak, thanks for being patient. All I can say, is self distribution has its shortcomings. The DVD was to be completed by the end of October but at the 11th hour, literally, I had to pull it and re-do one of the bonus features from a request from the Pink Floyd camp. Basically it meant, I had to re-do the design, DVD authoring, and also packaging which pushed the timetable back a bit. BUT…I think it’ll be worth it to everyone as the bonus features are really cool and I think add a lot to the film. These won’t be available via streaming so if you like having hard copies of things, this is the way to go!

I want to assure everyone that those who purchased the DVD during the pre-sale will get theirs before anyone else. I’ve got the mailers ready to go and as soon as the DVDs arrive, they will go into the post.

Also, the print of Storm’s original image for the book on my work due sometime next year (another slight delay due to editing of texts) have been finished and look amazing. And…the posters arrived from the printers so they are also ready to go.

Thanks again for the support and patience. I’ll announce when the DVDs arrive and when to start looking out for them…Best, Roddy

The screening in London was amazing with a fantastic turnout and really enthusiastic responses from the audience. The Doc’n Roll guys did a great job and the Q and A was led by writer Zoe Howe and featured Roddy Bogawa, Aubrey (Po) Powell from Hipgnosis, Peter Curzon of StormStudios and producer Orian Williams. Thanks to all for coming out! 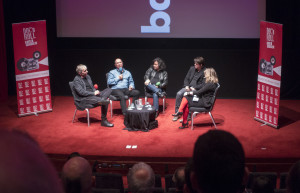 and review of the London screening by Matt Johns HERE

ANOTHER GREAT REVIEW OF THE FILM IN HOLLYWOOD REPORTER!!! 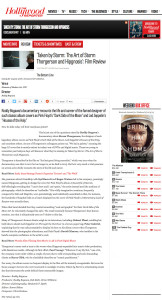 NEW PRESS FOR THE FILM 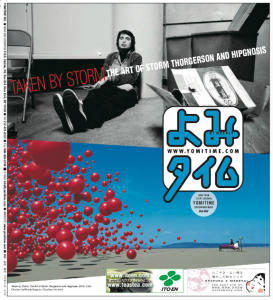 Last night we had a sold-out screening at The Museum of Modern Art and I watched the film with the audience for the first time since completing the final sound mix a few months ago. Once again, I was blown away by the creative and artistic life of Storm and the response from the audience was incredible. I am happy that I was able to capture Storm in his element, constructing elaborate sculptures and seeing part of his thought processes. The film is a document of his life but also a testament to the importance of thoughtful images, especially in our oversaturated frenzied state of being. I am also happy that every time I watch the film I will be able to remember a friend and our unforgettable time together. Cheers to you Storm. RB